First Look: The End of the Justice League is Upon Us

Justice may be forever, but the Justice League? Apparently not.

The League has withstood attacks from powerful adversaries outside its ranks and from trusted friends within. It’s gotten through Crisis after Crisis and emerged all the stronger. Even resetting and rebirthing all of continuity barely managed to make a dent. But in spite of all that, one day, the Justice League will be no more.

That’s the day Justice League: Last Ride #1 will hit stands, giving Justice League fans a look at the last days of their favorite superteam. Written by Eisner and Harvey-winning writer Chip Zdarsky (Sex Criminals) and drawn by artist extraordinaire Miguel Mendonça, Last Ride joins Superman, Batman and Wonder Woman after the trinity have gone their separate ways, their once unshakeable bond broken by betrayal and mistrust. But when a high-profile murder trial leads to a shocking turn of events, the team must put aside their differences and work together once again…for the good of the galaxy. Something that proves to be much easier said than done.

There have been plenty of stories about the Justice League’s formation, but far fewer about its final moments. This one promises to be every bit as surprising as its premise and you’re definitely not going to want to miss it. But if you need further enticement, check out this exclusive first look at the debut issue…

Justice League: Last Ride #1 by Chip Zdarsky, Miguel Mendonça and Enrica Angiolini is available in print and as a digital comic on Tuesday, May 11.

Don’t worry! It’s not all doom and gloom for your favorite heroes next week. In fact, over in the DC Community, they’re celebrating AAPI Heritage Month with an exclusive sneak peek at DC Festival of Heroes. 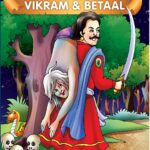