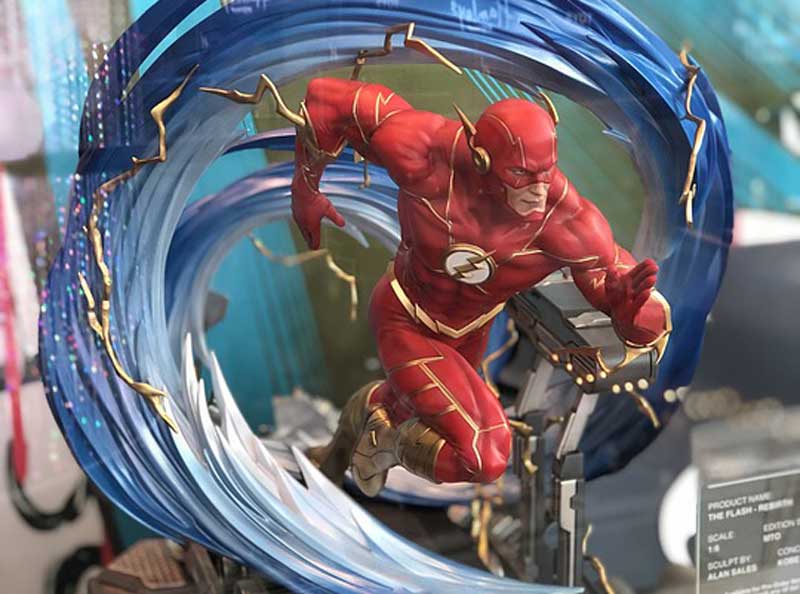 Flash is the name of several superheroes in Flash Comics published by DC Comics. It is created by Gardner Fox in 1939.

There are four people who gained the power of “The Speed Force” superhuman speed.

Jay Garrick was the first Flash who got the power of “The Speed Force” by accidentally inhaled the water vapors after taking the smoke break. He was a college student.

Barry Allen is the second Flash hero. One night, a freak lightning bolt struck a nearby shelf in his lab and doused him with a cocktail of unnamed chemicals. He was an assistant scientist in the Criminal and Forensic Science Division.

Wally West is the nephew of Barry Allen. He got the power of “The Speed Force” when visited to his uncle’s lab and the freak accident repeated itself. He got the same powers as his uncle. At that time he was only 10.

Bart Allen was the grandson of Barry Allen and Iris.

Flash can move, think and react at light speeds.

Using Quantum tunneling he can vibrate so fast and can pass though walls.

Flash can travel through time

Flash can heal more rapidly than an average human.

With the power of speedster in some comics he raced with SuperMan.