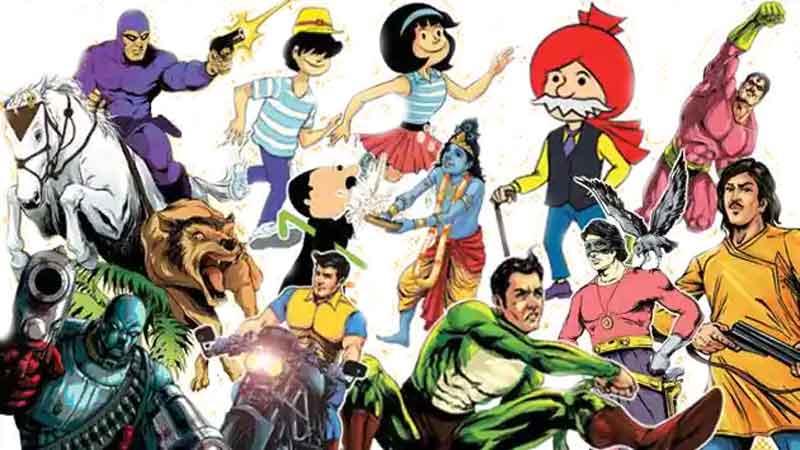 Nagraj is a fictional superhero appearing in Indian comic books published by Raj Comics created in the late 1980s by Raj Kumar Gupta and his sons Manoj Gupta, Sanjay Gupta, and Manish Gupta. Nagraj comics are very popular in India.

The Angara is a superhero made up of animal parts. He was created by Mr. Parshuram Sharma and artist Late Mr. Pradeep Sathe for Tulsi Comics.

Doga is the first anti-superhero in Indian comics. The character was created by Tarun Kumar Wah. You can see the Doga Comics here.

Super Commando Dhruv is an Indian comic superhero, created by Anupam Sinha in 1987.

Pinki is a five-year-old girl created by cartoonist Pran in 1978.

Sabu is Chacha Chaudhary’s friend. He is from the Planet Jupiter leaving on earth with Chacha and Chachi.