Superheroes are supposed to have a solid moral code. It’s in the job description. After all, that’s why civilians trust their lives to these individuals… But sometimes, even superheroes fall short and take a moral misstep, whether towards each other, a civilian, or even an antagonist.

With its numerous members and individual agendas, it is natural for the DC Justice League to have made questionable decisions across the many timelines within the comics. At the end of the day, most superheroes are just human (or half-human). Even when they are bad role models, there is something to learn from them.

10 Superman Dooms Atlantis By Dropping It In The Sahara

Injustice: Gods Among Us #12 is another tale of the primary Justice League members turning against each other. Within this storyline, Aquaman and Superman are at each other’s throats once again. In order to prove that he will not allow Atlantis to be conquered, Aquaman commands his armies to attack Earth’s coastal cities. In retaliation, Superman chooses to not directly attack his colleague-turned-opponent. Instead, Superman, Wonder Woman, and the Green Lantern lift Atlantis from the ocean. They place the city in the dry Sahara Desert, thus dooming it and its inhabitants.

Revenge is a dish best served cold; however, Superman’s revenge not only hurts Aquaman but an entire civilization.

9 The Green Lantern Dates A Teenager

After enduring some family trauma, the alien Arisia joins Hal Jordan as a Green Lantern. She develops a crush on him. While Arisia does use her powers to age her body into womanhood, she still has the mentality of a young teenager, making this relationship entirely inappropriate and unacceptable. To make a long story short: the relationship does not last long. However, because they are stationed on Earth, then they must abide by Earth’s laws and justice systems, right? Dating a minor definitely hits a few major chords.

A common pattern throughout the DC comics is the Justice League making the decision to turn against one of their own members. In 2004’s Identity Crisis, this unfortunate event happens again when Batman dares to speak out against a rather controversial Justice League plan. He does not want Zatanna to brainwash the antagonist, Doctor Light.

RELATED: DC: 10 Heroes That Had Their Backstories Rewritten

Instead of politely disagreeing, the Justice League decides to brainwash Batman, too. Batman does not recall this disagreement at all. Two birds with one stone, right?

7 The Justice League Promotes Themselves To Lords

In a parallel universe, after the assassination of the Flash by Lex Luthor, the disillusioned Justice League promotes themselves to the Justice Lords. This alternate group includes Batman, Superman, Green Lantern, Wonder Woman, and a few others. After fighting crime for many years, the Justice League decides that humanity must be protected from itself. Their controversial methods as Justice Lords include restricting free speech, forced lobotomies, and more. Eventually, they rule the entire planet. Their storyline also makes the leap from the DC Animated Universe to the comics.

Justice Lord Superman sums it up best: “I did love being the hero. But if this is where it leads, I’m done with it.” Their cynicism does not make them bad role models as much as their actions.

While the overall issue is much more nuanced than that, Wonder Woman’s team does forgive her. It is plain to see who is the good role model, and who is the bad one.

In the Justice League storyline titled Tower of Babel, Batman curates his own version of the Mean Girls Burn Book. Ever the planner, Batman stores files that detail each of the Justice League members’ weaknesses, flaws, and more. While Batman never ends up using the security plans, they still inspire destruction when leaked to Ra’s al Ghul. This definitely lowered the perception of Batman in the eyes of his Justice League colleagues; or, at least, those who were the last few to survive Ra’s al Ghul’s wrath.

Needless to say, this storyline validates the idea to never write down valuable secrets, much less your own.

When organizing team retreats, the Justice League men apparently never considered sensitivity training. In “The Case of the Disabled Justice League”, Superman, Batman, Green Lantern, Green Arrow, and Flash work together to inspire a group of children with disabilities. The heroes fight in a mock battle with disabilities that mirror the kids’, such as blindness or a stutter.

Published in 1965, this Silver Age comic has not aged well. The heroes approach disabilities as something to conquer or a problem that will not be resolved with griping. On the bright side, at its conclusion, the Justice League decide to add a special addendum to their charter: they will respect all individuals with disabilities and treat them equally. What a low bar.

In the alternate DC timeline, Flashpoint, Wonder Woman is no longer the honorable and admirable character that fans know and love. Wonder Woman pursues an affair with Aquaman, and that is just the beginning of this bizarre character arc. Embracing her role as the other woman, Wonder Woman antagonizes Mera, Aquaman’s wife, and murders her.

To drive the point home, Wonder Woman takes Mera’s head and displays it as a contorted, awful trophy. There is much to unpack here, but it is clear that there are two bad role models: Aquaman and Wonder Woman.

How many times has humanity wished to change the past? Well, Barry Allen, a.k.a. the Flash, pulled a Back to the Future. He managed to travel back in time and spare his mother from her doomed fate. Little does he realize the repercussions: Superman is imprisoned, Bruce Wayne is dead, and the planet is at the mercy of Wonder Woman and Aquaman.

The lesson to learn here is that there is no changing the past, no matter how fast you run.

With today’s technology, it is as easy to be a good role model as it is to be a bad one. In Injustice: Gods Among Us #10, Superman utilizes Twitter as his best weapon to annihilate Batman. To punish Batman for imprisoning Hawkgirl, Superman tweets, “Batman is Bruce Wayne”. The tweet goes viral with more than 2 million retweets.

In the world of superheroes, there is no greater betrayal than to reveal one’s true identity, especially between two best friends.

NEXT: 10 Comic Storylines Every DCEU Fan Should Read 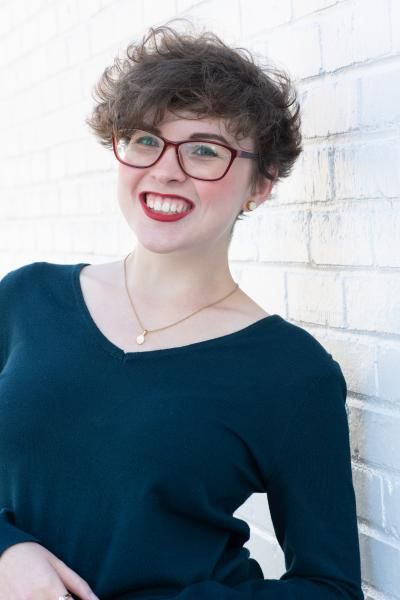 Lillie Busch has been an avid writer, reader and gamer for as long as she can recall. She has worked as a smoothie-maker, student mentor, English tutor, newspaper editor and digital marketer. Both her fiction stories and newspaper features have won a variety of awards.